This is another heartwarming coming-of-age film that I will surely include to my catalog of all-time favorites. It is a fresh yet a warm perspective of a coming out narrative in the digital age, indeed, another landmark in LGBT cinema that is completely adorable.

Like any other clichéd coming-of-age films, there is this witty voice over of the main protagonist, cool high school parties, and catchy pop song musical scores. What makes this movie apart from other pictures of this genre, Love, Simon has been subtle and entertaining, yet crucial and serious. Despite being stuffed with lots of humor, this movie has been emotionally deep and sensitive to the many experiences of teenage life and the relevance of first blushes.

The romantic comedy treatment has been effective in narrating an LGBT story. Contrasting to former coming-out anecdotes we have, this has been not a tragic story of gender discrimination, this concentrated on the critical period of fancy teenage life. This has thrived to break the barriers with the sensitive topic of homosexuality by playing it safe with a light and lovely formula.

There are no usual men in tiaras and no actual gay sex to signify that this is a gay film. This is a groundbreaking vanilla gay love story that made it on the mainstream.

The movie may have been a lot lenient than what is really transpiring in the reality, but this has been helpful in tackling the sensitive issue of teenage homosexuality and in conveying the message of freedom to a mainstream audience.

The portrayal of Nick Robinson as the cute, young Simon has been valuable in providing a new taste on the usual character of a closeted gay yet in an unlikely person such as Nick. His physique isn’t the type of gay men we usually see on the silver screen that’s why his portrayal is a refreshment and a relief from all those clichés of a homosexual that media has been underrepresenting. He is an ultimate charmer, he has been committed and sensitive in his portrayal.

The sequence when Simon imagined his friends coming out to their parents as heterosexual is funny yet has signified the essence of the movie on why being straight is the default and why is it that homosexual must come out.

The love story of Simon to an online paramour who he never knew somewhat raises an eyebrow from me at first, yet upon understanding his youth and how their blossoming relationship guided their coming of age swerved me to focus and embrace the tenderness of juvenile affection.

The suspense of identifying the identity of Blue has been the cliffhanger that left the viewers in awe from one point to another. The ending where his identity was finally revealed turns magical with the audience screaming and cheering. I never expected to have a sort of catharsis or an overdue exhale at the end of a rom-com drama. It’s heartwarming to see teenagers celebrating the victory of love between two boys. The ending literally lets me want to hug or even kiss someone because of overflowing love.

This movie throws us back to the intensity, depth, and spark of teenage romance and self-acceptance. The fear of coming out isn’t just a fear of being gay out in the open but the fear of drastic change that will surely happen afterward.  Simon, as he started in his narrative, is “just like you” who fears of change, an inevitable element in any coming of age. 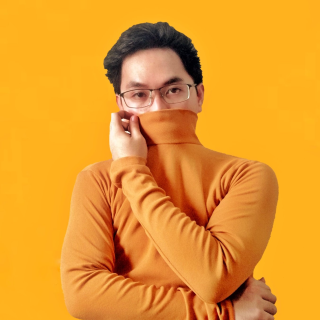